Common Types of Truck Scale Build-up and their Consequences

Every year our team responds to numerous truck scale breakdowns. Outside of lightning damage, poor upkeep is the most common culprit. Upgrading traditional loadcells to PowerCell technology can eliminate the threat of lightning damage, but preventative maintenance is the only way to maximize uptime and ensure accurate weighing throughout the lifetime of your truck scale. Just like your house or car, regular cleaning is the best way to keep your scale like new.  Even more important than washing away corrosive and abrasive materials, regular cleanouts prevent debris and trash from building up under and around your truck scale. These buildups not only have a major impact on your scale’s accuracy, but they can also cause some serious damage to your scale deck and load cells. Below, we will identify three major types of truck scales buildup and discuss the impact each of them can have on your scale.

BUILD UP AROUND THE SCALE

Debris around a scale is usually the first and most easily identifiable sign of a potential buildup problem. The necessary expansion gap between the scale and end wall makes the perfect entrance for dirt, debris, and even trash. If left unchecked, these foreign objects can become lodged between the scale deck and end walls, drastically reducing movement or even wedging the scale in place. In moderate weather, this may only limit the scale’s accuracy. A quick clean out and recalibration can usually fix the issue. In the more extreme hot and cold months, there can be much larger consequences. In the summer’s heat, debris can limit the scale deck’s ability to expand, causing it to buckle or warp. In the colder months, the debris expands from the freezing moisture and shoves the scale out of place. In more extreme cases, frozen debris can shift a scale enough to cause severe damage to the scale deck or load cells. 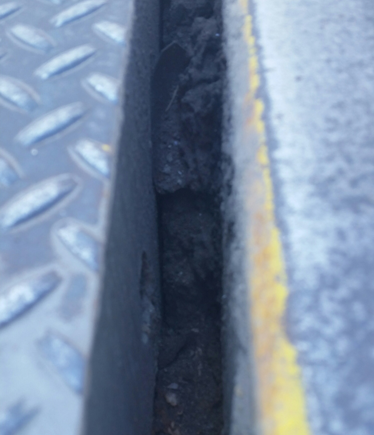 DEBRIS UNDER THE DECK

If your scale is inconsistent or under weighing, debris under the deck could be your issue. Over time trash, dirt, and other sediments inevitably accumulate under your truck scale. These buildups can then reach a level high enough to actually support parts of the scale and take weight off of the load cells. When this happens, scales not only have sporadic inaccurate weights decks can become warped. 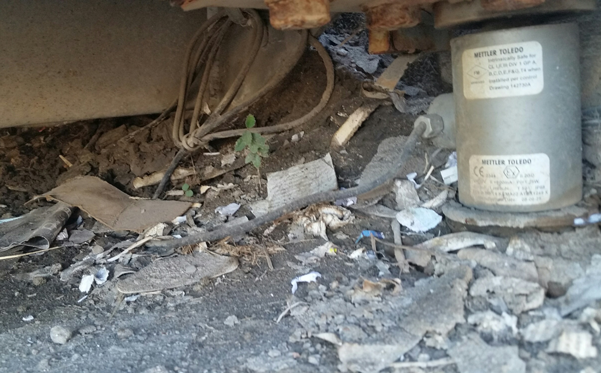 You may not recognize it at first, but there’s half loadcell under all that dirt and debris. Since there’s not enough debris to impede this scale’s movement, you may think it’s okay. The truth is, this can have devastating results. Buildup around the load cell can be remarkably destructive in the winter months. The cold causes moisture within the debris to expand, pushing load cells out of place, breaking connections, and seizing parts. In this particular instance, mud slowly worked its way under the loadcell. Once enough dirt and mud collect under the loadcell, it can become dislodged from the bottom receiver. Although our PowerCell PDX load cell’s rugged design can take a lot of abuse, they are not immune to all damage. Depending on how far it is displaced, the improper load placement can affect the accuracy or break the cells completely. 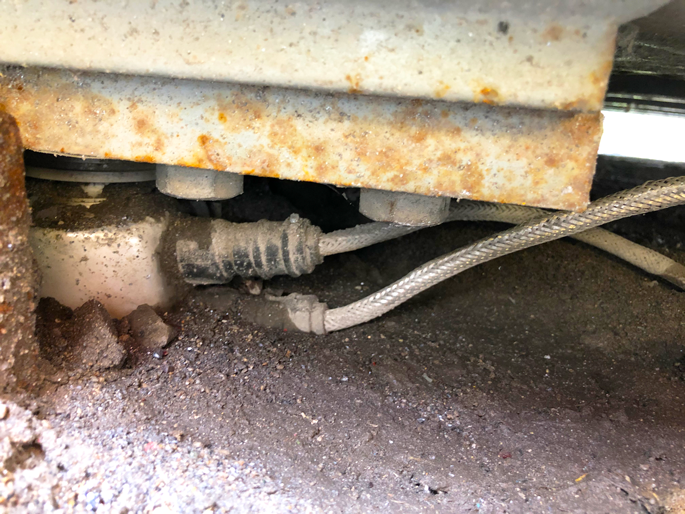 How Premier Scales & Systems Can Help

If your goal is to maintain accuracy and prevent downtime, removing excess debris is the most beneficial preventative maintenance you can perform. As winter approaches, this is especially true. Not only does the moisture in the debris expand in cold weather, but build-ups also become more difficult to remove. If your scale has debris buildup, we can customize a solution to keep your scale performing properly and weighing accurately year-round. Our team’s specialized cleaning method flushes all excess debris without damaging your sensitive weighing equipment. Once cleaned, our team can perform a vehicle health inspection to identify any issues that may have been hiding behind the debris. Don’t be left out in the cold this winter, schedule your truck scale cleanout today!