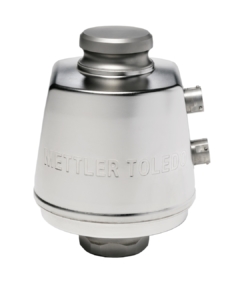 What is a Load Cell?

At their core, all load cells are force transducers. A transducer is a device that converts one form of energy into another. As you may have guessed, force transducers convert force energy into another form of energy. Load cells convert force energy into an electrical signal.
Since weight is just a measurement of the force exerted by gravity, load cells are at the heart of most modern industrial weighing systems. Although weighing applications are the most obvious use, we use load cells to measure force in a variety of applications including tensile, compression, torques, and impact.

Typically, loadcells have four strain gauges arranged into a circuit called a Wheatstone bridge.  This simple four-legged circuit, developed in 1833, can accurately detect minute changes in resistance. Thanks to Ohm’s law, these changes in resistance will alter any voltage as it passes through the circuit. This phenomenon allows instrumentation like an indicator to apply a known voltage (excitation voltage) to the Wheatstone bridge and receive a different output voltage depending on the load cell’s deflection. Indicators compare the difference between the excitation and output voltage to calculate the force applied to a load cell.

How Are Load Cells Calibrated? 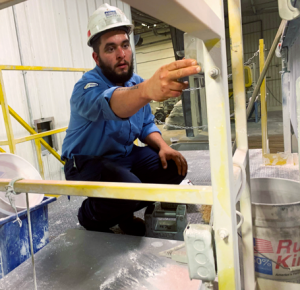 Here’s a hint, they aren’t actually calibrated.  It’s a common misconception that load cells themselves are calibrated. Unless you have a digital loadcell like Mettler Toledo’s PowerCell PDX, the calibration actually occurs in the indicator. During the adjustment phase of the calibration process, an operator tells the indicator how much weight is placed on the scale. After a minimum of three test points, an indicator can establish a baseline to calculate the relationship between voltage change and weight.

Why Weight Values Can Drift

If you’ve read our past posts, you’ve probably heard us talk about measurement drift. Like all measuring equipment, load cells can drift over time. Depending on the environment and usage, the speed and severity of the drift could happen faster or slower. For load cells, this normally means the relationship between voltage change and weight has shifted. This shift can often be attributed to metal fatigue.* Like anything made out of metal, regular movement on the same point will slowly weaken that spot. Think of bending a paperclip back and forth. It will take less and less effort to bend the paperclip until it eventually breaks. Although the deflection of a load cell is far less than the paper clip, it still exists. Over time, it will take less and less force to bend the load cells the same amount. The rate of fatigue can vary widely depending on how the scale is used. If weight is slammed on a load cell or a cell is loaded at or near capacity, the additional force transferred into the cell can deform or weaken the metal quickly. This is why we often recommend using load cells that are rated for 125% of the maximum estimated load. 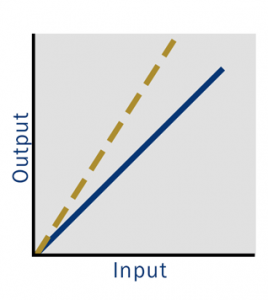 Since force is turned into an electrical signal using the load cell’s deflection, the indicator needs to be gradually adjusted to accommodate the slowly increasing bend. The best way to keep up with load cell drift is with calibrations and adjustments. Calibrations will give you an accurate baseline of the equipment’s performance as it has been running in the facility. If the equipment is found to be out-of-tolerance or measuring incorrectly, these numbers can be used to form an impact analysis and determine how large of an effect the faulty measurements had on your operation. Calibration values can also paint a picture of the speed that your equipment is drifting. This allows you to utilize predictive maintenance tactics to manage your cost and risk.

Adjustments, which are usually performed right after a calibration, essentially put your load cells back on track by reestablishing the relationship between voltage change and weight.

Need a load cell for your next project, or want to keep your load cells in working order? Request a consult from one of our area experts and we will guide you through the process.

*This article aims to specifically target the main cause of drift for load cells. Equipment that contains load cells may experience drift for a multitude of compounding reasons beyond fatigue.

Sneak Peek of TruckPass™ the all-new Legal for Trade Weigh-in-Motion...